Please fill out the quick contact form below for a fast and free case consultation. We will contact you within 24 hours! 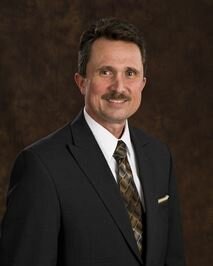 I was born in Pontiac, Michigan and raised in White Lake Township, Michigan.

I attended Western Michigan University where I majored in Criminal Justice. After I graduated from college, I worked for the General Motors Corporation for eight years as a salaried security officer. While working the midnight shift for G.M., I attended law school at The Thomas M. Cooley Law School in Lansing, Michigan.

Upon my graduation from law school, I immediately opened my own law office and began my legal career as a general practice attorney focusing primarily on wills, trusts, estate planning, criminal defense, real-estate and divorce law.

After five years in private practice, I accepted a position with the Oakland County Prosecutor's Office and served as an Assistant Prosecuting Attorney for six years.

In 2007, I left the prosecutor's office to go back into private practice with a focus primarily on Estate Planning, Probate Administration and Criminal Defense.

Admitted to the State Bar of Michigan.

Admitted to the U.S. District Court, Eastern Division of Michigan